A string of data and opinions have been released in recent days that support the view that the global tech startup ecosystem centre is shifting towards Asia and Australasia – where population growth and performance are increasingly leading the world.

These new data points reinforce our long held view that global tech startups will increasingly be created and executed from Asia and Australasia (indeed anywhere with electricity, internet and a desire for education and entrepreneurship) because of the largest population pool, growth rates, capital and increasingly education and thriving local tech startup ecosystems based on reaching global markets.

Your portfolio can get exposure to these opportunities via Cooper & Co.

Peter Thiel – known for his investments in Paypal, Facebook, AirBnB and Palantir – spoke in Saudi Arabia about his strong views on the topic of ‘the future of tech’ this week.

He believes tech will increasingly be created outside the US and California has lost their monopoly.

This reinforces the views we have long held here at Cooper & Co that while California led the way for decades and wrote the tech startup playbook initially, in the future global tech startup formation will increasingly align with population distribution that has education, capital and a thriving local tech startup ecosystem.

Asia is the world’s largest population region and has many of the fastest growing economies in the world.

Old innovation ecosystem models are broken, it is time to realise the open models based around startups (particularly scalable global product based tech startups) are the key to our future.

The above diagram by StartupCommons summarises the change in focus at a macro level, we also need to look at the basics of our cultural approach to select digital natives from diverse global backgrounds to represent our interests. Run your eye over most of our nation’s government and industry bodies and the focus and representation is a woeful, old, monoculture with computing science degrees a rarity and real recent internet entrepreneurship dangerously absent, they are similarly rarely constituted of independent non-aligned experts with fresh experience.

If these people can’t serve real customers ever let alone recently (in the last decade) how can they serve our society?

This path forward is so obvious other nations have ‘productised’ the right approach in order to give (and sell) to the world.

Here at Cooper & Co we have a long standing appreciation of the work of Mary Meeker who is now @KPCB and continues to produce her excellent Internet Trends report on a semi regular basis.

Here are our top points extracted from the rather wonderful 164 pages of charts Mary and her team provided.

Many of these points are stating the bleeding obvious but now they are fact not opinions. Most are underlined with not just 50%+ pa movements but often by 2x and 4x trends.

Thats about it, the report is information dense a wonderful read if you get time. We loved it as usual. But most of the themes fit in above.

Just one last note on China, in the 1820s it was a third of the world’s economy now it has overtaken India and Latin America combined again and is about to overtake US and Europe but more importantly will exceed all four combined in less than 20 years on current trajectories.

http:/kpcb.com/InternetTrends is the latest report, happy reading. Or call us and we can help you adjust your business to incorporate these and other meaningful insights.

Cooper & Co are proud to be the founding and long term sponsors of the largest professional tech startup event in Australia – SydStart.

This event is something we support because we want to grow the startup ecosystem in Australia and it is undergoing a dramatic growth phase, due in no small part to the hyper connectedness and accelerated learning we try to encourage via SydStart events.

The SydStart site has recently been move to wordpress.com and refreshed and for events prior to 2012 you can also still get to the old archive google sites version.

Australia has always been part of Asia.

The recent statements by the current government are merely playing catchup and grabbing easy headlines. The reality is we have been closely part of Asia for generations.

We have 150 languages on the East Coast of Australia and the West Coast time zone is firmly in Asia.

Sydney our largest city is the Australasian home to many hundreds of global multi national companies. Our main languages are English, Mandarin, Cantonese and lots more with Arabic rapidly growing.

With long term heritage and alliances in Europe and the USA we have understated our uniquely important Asian ties.

Australia is unique in having deep ties to all three major influencers for the next century – Asia, Americas & Europe – we are central and possibly the only acceptable middle ground.

Amusingly, we have seen humour as a country in the understated British style while trying to emulate the effective outgoing self promoting American business style yet it is our ability to bring these two with the quietly spoken understated yet confident Asian style that will bring the unique Australian style of doing business to the fore this century. I would argue it already has done so and there is ample evidence we share with Cooper & Co clients.

The reblogged article below from The Sydney Institute and the Sydney Morning Herald helps clear up just how deep our real Asian connections flow. As the article states, our history goes back at least eight decades which is a fortuitous number indeed.

“Percy Spender, (left, with Robert Menzies, far right) advocated that Australia should be a”bridge” between Asia and the West”. Photo: Supplied

According to reports, the Prime Minister, Julia Gillard, will be spruiking her government’s Australia in the Asian Century white paper at this week’s Asian and European leaders meeting in Vientiane. If this gives the impression that Australia is focused on recent developments in Asia, well and good. However, if the promotion of the white paper implies that Australia has suddenly discovered Asia, its publication could be counterproductive.

Australia’s interaction with Asia goes back at least eight decades. Indeed, some of these institutional connections are documented in chapter three of the white paper, which is titled ”Australia in Asia”. Here are some facts.

In 1934, when Joseph Lyons was prime minister, the conservative politician John Latham led an eastern mission to what was then called the Far East. The aim of Latham’s delegation was to increase Australian contacts in, and trade with, Asian nations. Lyons broadly accepted Latham’s recommendations. At the 1937 Imperial Conference in London, Lyons raised the possibility of the formation of a Pacific pact involving such nations as the US, France, the Netherlands, the Soviet Union, China and Japan. Discussion of the proposal was terminated due to the conflict between China and Japan.

Between 1939 and 1945, the focus of Australian foreign and defence policy centred on victory in the Second World War. At the conclusion of hostilities, Ben Chifley’s Labor government gave strong diplomatic support to independence movements in Indonesia, Burma, India, Pakistan, the Philippines and Ceylon (now Sri Lanka).

Percy Spender, when external affairs minister in Robert Menzies’ Coalition government, which was elected in December 1949, played a key role in the creation of the Colombo Plan aimed at helping the economies of south and south-east Asia. Part of Australia’s contribution to the Colombo Plan provided for young Asians to be educated in Australian universities. Many went on to become leaders of their countries. Spender advocated that Australia should be a ”bridge” between Asia and the West.

In July 1950, the Menzies government committed military forces to help the US-led United Nations force preserve South Korea against attack from communist North Korea, supported by China. As Gillard acknowledged when launching the white paper, the allied success in thwarting the communist advance made possible the establishment of a vibrant society in South Korea. In this conflict, Australians fought beside South Koreans along with forces from the Philippines and Thailand.

In 1955, Australia, along with Britain and New Zealand, committed forces to the Malayan Emergency to protect Malaya from a communist insurgency. This commitment, which was opposed by Labor, proved successful.

In 1965, Australia provided forces to support the newly formed nation of Malaysia against the confrontation initiated by the Sukarno regime in Indonesia. Once again, this was successful and confrontation ceased.

In July 1957, the Country Party leader and trade minister John (Jack) McEwen visited Japan to complete negotiations of a commerce agreement between the two nations. This was a remarkable event, especially in view of the fact that the Pacific War had only ceased about a decade previously and the appalling treatment of Allied prisoners of war by Japanese forces was widely known. The trade agreement proved of considerable benefit to both nations. However, it was opposed by Labor under the leadership of Bert Evatt.

Australia’s Vietnam commitment in the late 1960s and early 1970s was controversial. Today there is little support for it among academics or journalists. Yet support can be found among the South Vietnamese descendants living in suburban Sydney and Melbourne. Australia’s Asian allies in Vietnam included South Korea, the Philippines and Thailand.

In early 1966, Harold Holt, who replaced Menzies as prime minister, began the junking of the White Australia policy. Holt died in December 1967. During his brief term in office, Holt’s priority was to increase Australia’s focus on the nations of Asia.

Immediately after his election in December 1972, Gough Whitlam recognised China. This policy was embraced when Malcolm Fraser became prime minister three years later. Fraser commissioned Owen Harries to write the Australia and the Third World report, which was released in 1979.

Bob Hawke, after he became prime minister in March 1983, continued Australia’s focus on Asia. He commissioned Ross Garnaut’s Australia and the North-East Asian Ascendancy report. The Hawke and Keating governments played an important role in the development of the Asia-Pacific Economic Cooperation forum. These initiatives were continued by the Howard government, which oversaw the successful UN-endorsed peacemaking operation in East Timor. Australia’s focus on Asia continued under Kevin Rudd and, now, Gillard.

Talking up the white paper may have political benefits in Australia. But it would be helpful if world leaders assembled in Laos knew that Australia was deeply involved in the region decades before anyone had spoken of an ”Asian century”. 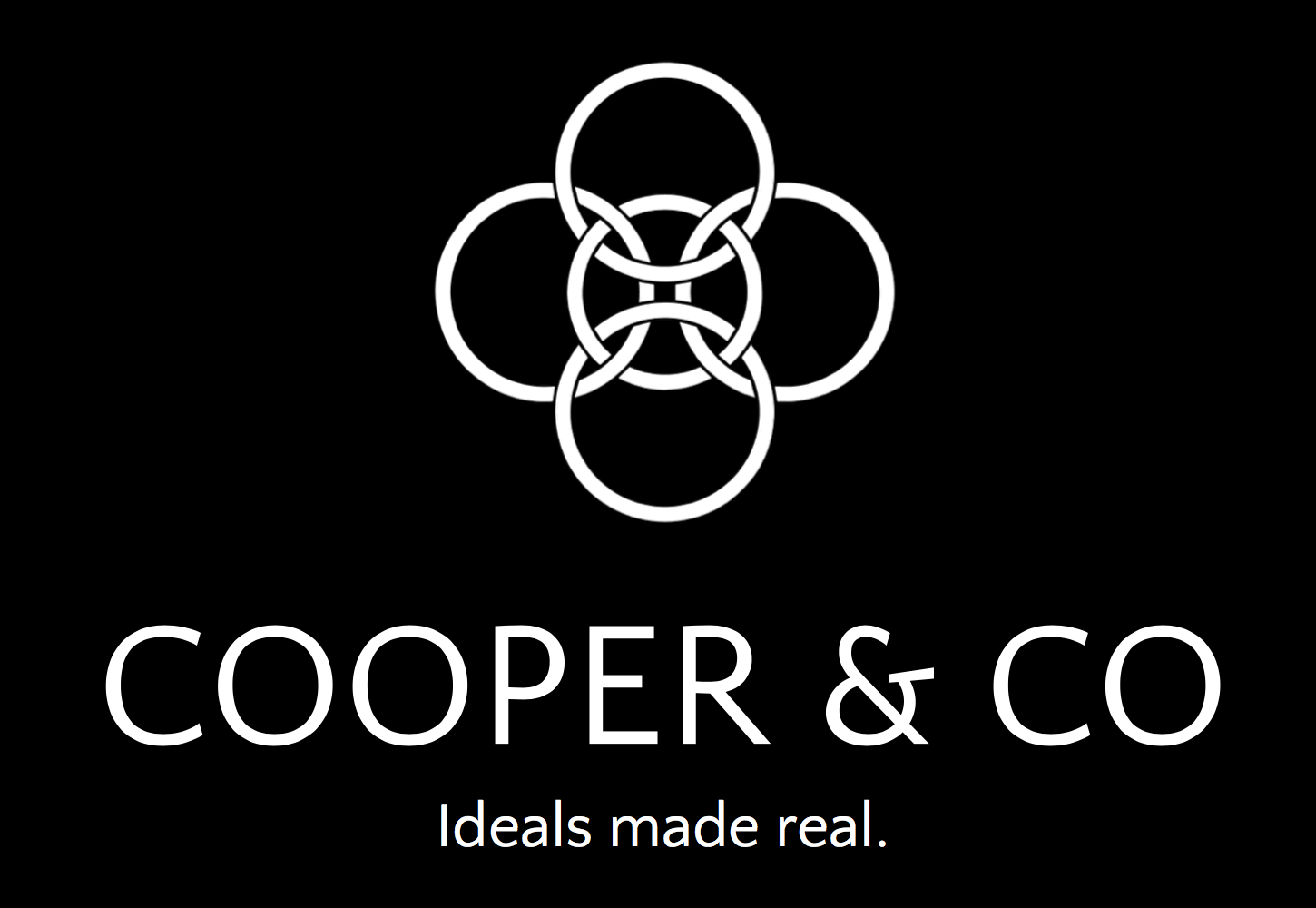